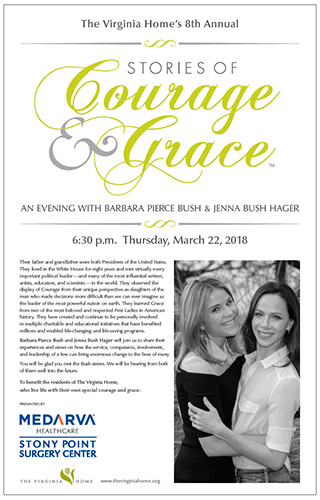 Join us for the 8th Annual Stories of Courage & Grace Event
Thursday, March 22, 2018 at the Jefferson Hotel

END_OF_DOCUMENT_TOKEN_TO_BE_REPLACED

There’s nothing worse than traveling to visit relatives for the holidays and worrying that your snoring will keep everyone in the house awake. If this happened to you over the holidays, or is happening now with a pending vacation or trip, there’s hope. With the right treatment, you could soon be experiencing a better, quieter life, while you experience better health.

END_OF_DOCUMENT_TOKEN_TO_BE_REPLACED

MEDARVA Healthcare prides itself on practicing and perfecting the art of medicine, and partnering with community organizations to help bring medical assistance and awareness to those in need. The organization is a 501(c)(3) nonprofit, whose roots can be traced back to October 31, 1951 when Richmond Eye Hospital was established. MEDARVA now has 2 convenient locations in the RVA area.

END_OF_DOCUMENT_TOKEN_TO_BE_REPLACED

MEDARVA Healthcare has spent the past seven years investing in and conducting early childhood vision and hearing screenings. In that time, 19 percent of children have failed one – or both – of the two screenings. Across all socioeconomic classes, kids are at risk of falling behind in school – and life – because of a simple missed diagnosis.

END_OF_DOCUMENT_TOKEN_TO_BE_REPLACED 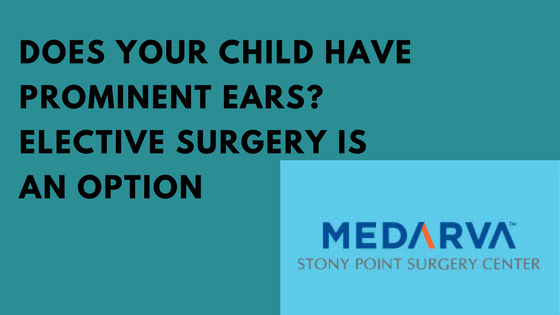 Does Your Child Have Prominent Ears?  Elective Surgery is an Option
While they don’t result in hearing issues, prominent ears can have a significant psychological impact on children.
Most kids (and the parents who love them) do not sense a problem until six or so, when children start to become more aware of appearance in general. That’s when teasing by other children can result in reduced self-esteem. In fact, many adults who decide on surgery for their prominent ears report the damaging effects of relentless taunting they experienced as kids.
The most common cause of prominent ears is failure of the upper fold of the ear to form completely. This results in protrusion of the upper portion of the ear. Over-growth of the bowl of the ear may occur as well.
Otoplasty, sometimes called ear pinning, is the procedure used to treat prominent ears. It is generally an uncomplicated cosmetic procedure performed to make prominent ears less prominent. It’s important to note that procedures performed solely for cosmetic purposes are typically not covered by insurance, though some amount of coverage may be available. Different types of otoplasty can also be performed for very large ears, ears affected by congenital deformities, or ears damaged by trauma.
How old should a child be at the time of surgery?
A child’s ears have generally grown and matured enough by age six to undergo the surgery. Since it is, coincidentally, around this age that children may become sensitive to their appearance, this is a good time to consider the procedure. It is very important, however, to let the child in on the decision-making process. Kids are old enough at this age to have an opinion, and getting their input is an important part of the treatment process.
During the surgery, general anesthesia is used for children. An incision is made behind the ear, and the cartilage – the strong, flexible material that forms the ear – is re-modeled to its new shape. A few sutures are used until the tissue heals. The scar resulting from ear pinning is quite small and easily hidden by the crease where the ear meets the head. The surgery will generally take two to three hours. Every case is different and individualized care is always provided to every patient.
Since otoplasty is performed as an outpatient procedure, patients go home soon after the surgery is completed. The soft, bulky dressing placed after the surgery will be removed the following day, and a lighter dressing will be placed. After about a week, that dressing will be replaced by an elastic headband to be worn constantly for a week, and then at night for several more weeks.
Complications are rare, and patients can return to a normal routine in about a week. As with any surgical procedure, every patient is different, and your surgeon will discuss your expectations with you before surgery.

END_OF_DOCUMENT_TOKEN_TO_BE_REPLACED 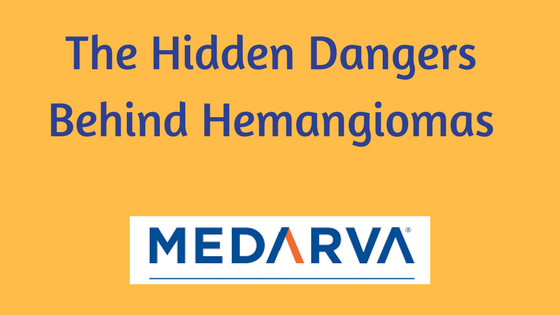 Considered a type of birthmark, hemangiomas are a cluster of small blood vessels on the surface of the skin and most commonly form on the face or neck at birth or shortly after. In most cases, these red to reddish-purple, raised areas are not harmful and go away after a few years, but Edwin Wortham, V, M.D. of Virginia Pediatric Ophthalmology Specialists, was recently reminded of when hemangiomas can be hiding a more serious problem.

END_OF_DOCUMENT_TOKEN_TO_BE_REPLACED 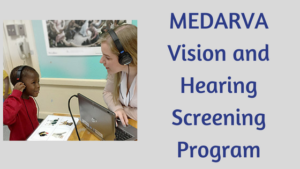 The MEDARVA Vision & Hearing Screening Program is dedicated to highlighting the importance of early screenings to detect vision and hearing concerns, so every child has the chance to reach their full potential. Our free mobile screenings are quick, non-invasive and always child-friendly.