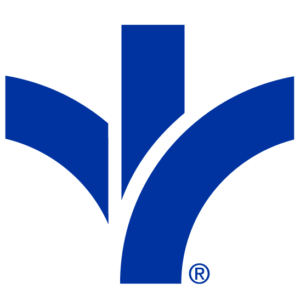 Bon Secours St. Francis Medical Center and Bon Secours St. Mary’s Hospital have been selected as a Top General Hospital for 2017 by The Leapfrog Group, an independent hospital watchdog organization. Announced today, the Leapfrog Top Hospital award is widely acknowledged as one of the most competitive honors American hospitals can receive. This is the fourth recognition as a Top Hospital St. Mary’s Hospital and the first recognition for St. Francis Medical Center.

This year, more than 1,800 hospitals reported safety and quality information to The Leapfrog Group. Only four hospitals in Virginia received the Top General Hospital recognition for 2017. This award showcases Bon Secours hospitals’ commitments to patient safety and quality.

St. Francis Medical Center and St. Mary’s Hospital were one of 109 Top Hospitals recognized from 27 different states, recognized nationally alongside:

“St. Francis Medical Center strives to provide the safest care possible for our patients. Being acknowledged as a Top General Hospital is an incredible feat and shines light on our team member’s dedication to patient safety and quality,” said Chris Accashian, CEO, St. Francis Medical Center.. “Less than six percent of eligible hospitals earn this award, and to be nationally recognized for the first time is an honor to everyone who works here.” The130-bed hospital opened in 2005 and is located in Midlothian, Va.

Performance across many areas of hospital care is considered in establishing the qualifications for the award, including infection rates, maternity care, and the hospital’s capacity to prevent medication errors. The rigorous standards are defined in each year’s Top Hospital Methodology.

“Our focus is always on doing what’s best for the patient, which makes St. Mary’s a safe place to receive care. Providing a high level of care to our patients in Richmond requires motivation, drive and compassion from every person on our clinical care teams,” said Francine Barr, CEO, St. Mary’s Hospital..” I congratulate our providers, leaders and staff whose efforts made this honor possible for the past three years in a row.” The hospital recently celebrated its 50th anniversary and has nearly 400 beds and is located in Richmond’s West End.

To qualify for the Top Hospitals distinction, hospitals must submit a Leapfrog Hospital Survey. The selection of Top Hospitals 2017 is based on surveys from nearly 1,900 hospitals. To see the full list of institutions honored as 2017 Top Hospitals, visit www.leapfroggroup.org/tophospitals.

Earlier this year, both hospitals were recognized with an “A” Hospital Safety Grade, a standard measure of patient safety, by The Leapfrog Group. These facilities were among only 32 percent of hospitals nationwide to receive the “A” grade.