Have you heard about the Deep Run Marathon Dance? I have been fortunate enough to experience this first hand as I have had two children attending Deep Run.  This Dance changes lives each year, not only for the local organizations chosen, but for the students who participate and learn so much!

END_OF_DOCUMENT_TOKEN_TO_BE_REPLACED 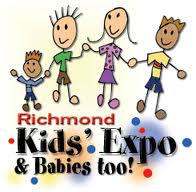 This event is at Richmond Raceway and is a day full of fun for families . There are tons of exhibitors , including camps, places to go,  toys and more. Samples of all kinds are offered and most are local to RVA.

END_OF_DOCUMENT_TOKEN_TO_BE_REPLACED 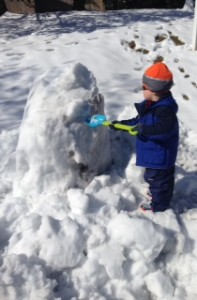 END_OF_DOCUMENT_TOKEN_TO_BE_REPLACED

What is Jacob’s Chance?
Jacob’s Chance is a non-profit organization that promotes programs to benefit intellectual and physically challenged youth and families. We are developing a community center for teens 11-25 years old that will promote socialization while providing a safe atmosphere.
You may know us better by the primary program our non-profit organization runs, River City Buddy Ball. River City Buddy Ball is in its 6th year of operation. The mission of this program is to promote wellness through exercise and establish relationships between participants with disabilities and volunteers (peer and adult) through athletic programs. River City Buddy Ball began with a baseball program and has added basketball, cheerleading, tennis, soccer and flag football over the past two years.

END_OF_DOCUMENT_TOKEN_TO_BE_REPLACED 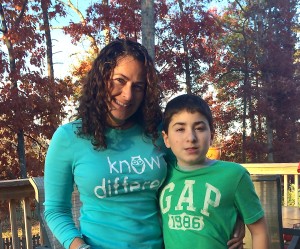 My wish to you  is the happiest start to a NEW YEAR!  I want this site to be your source and site for all things Special. I am thrilled you are here. The first issue was so well received and loved all the feedback . The beauty of this site is that it is growing and changing constantly to meet the needs of our community. You matter and what you want this site to bring , share and offer is what I want it to be for you.

END_OF_DOCUMENT_TOKEN_TO_BE_REPLACED

Once upon a time, in a land not so far away, there was a picnic. Families parked cars, children excitedly chattered, and the smell of fried chicken permeated the air. But this was no ordinary picnic.
Moms stood in small circles, discussing the events of the day. Dads shook hands and played cornhole. Children climbed playground equipment. There was sunshine. But this was no ordinary picnic.
Approximately 70 people gathered. And they all shared a common bond. One they never anticipated, but yet it had forged deep unions. In fact, if you observed from a distance, and you did not know better, you might guess that they were family. They had all been adopted into their own family. But it was not ordinary.
Directions were given and the line began to form. A clap of thunder sounded overhead, and rain quickly soaked the ground. The families gathered the children and moved indoors. No one really batted an eye at the storm. You see, these families were used to storms. A little rain never hurt anyone. If the wind blows a different direction, you just adjust your sails. They knew this from experience. Because they were not at an ordinary picnic.
As people took their places around the tables, shoulder to shoulder, and began to eat, there was a camaraderie in the air. Knowing glances were exchanged, smiles were bestowed, helping hands were given. This group of people… they were seasoned hikers on the road less traveled. Sometimes they ran, sometimes they walked, sometimes they limped, and sometimes they crawled. No man was left behind. They soldiered on, together. Because they were not ordinary, and this was no ordinary picnic.
There were doctors present, interacting with small children. There were feeding tubes beeping and blood glucose being monitored. Sign language was used, wheelchairs were pushed, and love abounded. Because this was no ordinary picnic.
There was a tired look about the eyes of the adults. A well-worn, thread-bare beauty…one that is only forged in the fire. One that shines through after living through a devastating phone call, tears in an ICU, or behind closed doors in an office when a doctor suggests that the parents of his patient sit down. The children carried on as if they did not notice this depth in the atmosphere. They didn’t know any different. There was laughter. There was compassion. There were celebrations. There were tears. This picnic was not ordinary at all.
It was extraordinary.
Goodbyes were said at the end of the evening and well wishes were made.
Hugs were exchanged. Bonds had been strengthened.
And the families left to forge ahead on their journey…together.
And they all knew… it was anything but ordinary.

END_OF_DOCUMENT_TOKEN_TO_BE_REPLACED 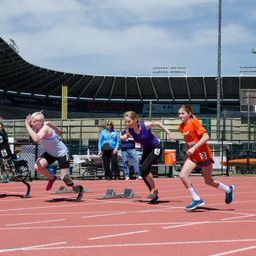 As a resident of this community you probably know that Richmond is considered one of the most physically fit communities in the entire country. From running events to extreme sports to dodgeball, Richmond offers something for everyone. And EVERYONE means athletes with physical disabilities and visual impairments and that is where Sportable comes in!

END_OF_DOCUMENT_TOKEN_TO_BE_REPLACED 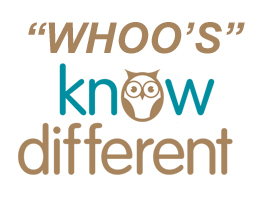 My parents came to the United States from Korea in the early 1960s to further their education. We moved often in my early years following their places of study and employment. While living in inner city Chicago in the early 1970s, it was rare to see Asians. Even though I spoke English fluently, I remember being teased often in elementary school and being stared at by strangers as if I were from another planet because I looked different.

END_OF_DOCUMENT_TOKEN_TO_BE_REPLACED 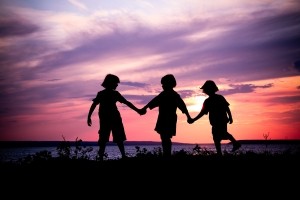 Being a Special Needs parent can be a little lonely and a little overwhelming at times, so I ask for you to help me  and all of those that need a voice .I ask that as parents, teachers or friends, you help in the ways you can.

END_OF_DOCUMENT_TOKEN_TO_BE_REPLACED

Our “Whoo” for January is Claire Foster.

Claire Foster is a 19 year old student at Mills Godwin High School in Henrico County. She also attends Highland Springs Technical Center where she is in her second year of the Early Childhood Development Program. Prior to attending Henrico County Schools, Claire attended Northstar Academy, a private school for students with a wide range of disabilities, for twelve years. Claire’s first love is singing, dancing and acting—she has performed in over 12 shows with Richmond CYT/CharacterWorks. She has also participated in shows and one act competitions with Chesterfield Children’s Theater as well as three LIVE ART productions with SPARC. She performed in her high school’s production of Little Shop of Horrors and was recently inducted into Godwin High’s thespian society. In addition to theater, Claire is involved with the young adult group at her church, West End Assembly of God, as well as the Richmond and West End branches of Young Life/Capernaum. She was a 2014 delegate to the Youth Leadership Forum sponsored by the Partnership for People with Disabilities and attended the I’m Determined Summit for youth with disabilities in 2012. She loves dogs, Disney, Broadway and hanging out with her friends.