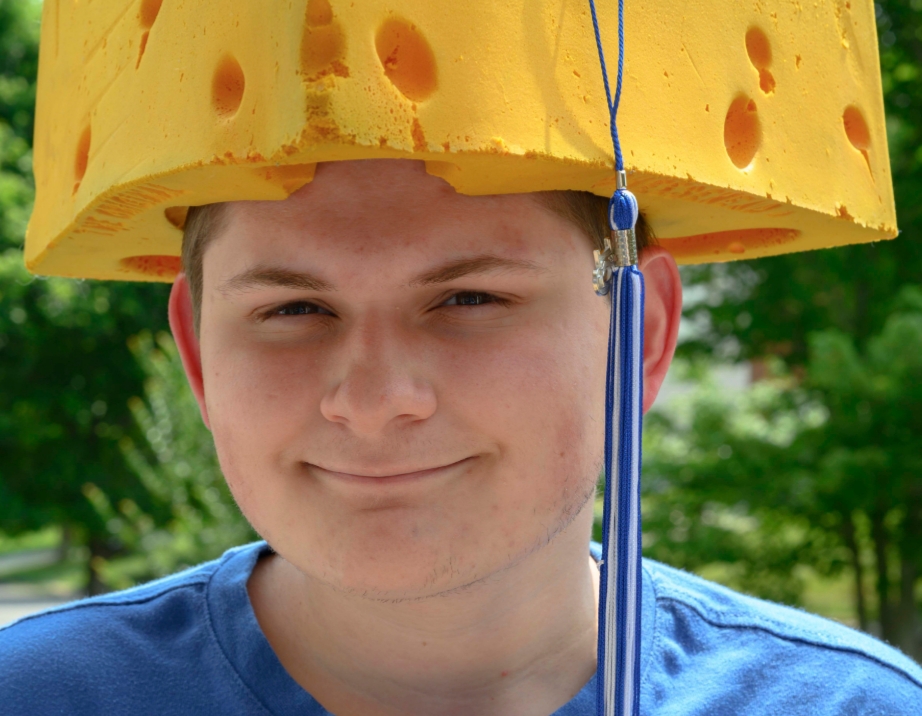 Hello, Internet! Cole here. As of this writing, it is the 27th of June. The springtime is over, the school year is over, and my time at high school is over. That’s right – after four years of toil and dedication, I am moving on to four years of better toil and dedication. As one might expect, the days preceding and following my graduation were filled with pomp, circumstance, and Pomp and Circumstance. For posterity’s sake, I will chronicle the celebration as best I can.

The first major “ceremony” was two practice sessions for the actual graduation ceremony. Using our own school’s gymnasium, we practiced the routine that we would follow a week later in the Siegel Center at VCU. They taught us such valuable skills as:

-How to get in our seats correctly

-How to stand up on cue

-How to walk to the stage and receive our awards

-How to hide our intense pain

The first day wasn’t too bad – boring, yet tolerable. On the second day, however, there were two major annoyances. First, some fool in the administration had scheduled a fire drill for that morning, so we spent thirty minutes standing outside and doing nothing – thirty valuable minutes that we could have spent doing other things, such as not being there. The second was an outdoor group photo. In 100-degree heat. Wearing our hats and gowns over our regular clothes. My body produced more sweat that day than at any exercise session I had ever done. My clothes were saturated.

Then there was the actual ceremony at the Siegel Center. It went exactly as well as putting several teenagers in a formal ceremony could be expected to go: the students’ actual reverence for the event was limited, but they at least made a decent show of revering it. It was also, of course, extremely boring.

I passed the time by trying to store ordered lists of the announced students’ last names in memory. That is, when the announcer said the last name “Elwood”, I memorized that name; when they then said “Embert”, I memorized that name as well, making the list “Elwood-Embert”; when they then said “Ender”, I updated to “Elwood-Embert-Ender”. I continued this process until I could no longer remember one of the elements, and then I restarted with the next name announced as the first element of a new list. I think my high score for this game was five last names memorized in order, which seems uncomfortably low to me – might my short-term memory be deficient, at least with respect to names?

The salutatorian and valedictorian also gave speeches at this ceremony. I was, and still am, a great friend of the valedictorian – he is highly intelligent and emotionally mature, with a sense of humor similar to my own. His speech was superficially motivational, as would be expected; however, it was also peppered with subtle inside jokes. I do not know how many of the students got the jokes, or how many adults; nevertheless, it was apparently subtle enough for him not to be censored, or perhaps they simply didn’t care that he was doing it. I am also not sure if the adults caught on when I incorporated popular dance moves into my regular movements on the stage, though my parents certainly noticed.

The last ceremony – the fun one – was the graduation party. It was a compound party, celebrating both my own graduation and that of my best friend. Several of my other friends showed up as well – or rather, several of my friend’s friends, who were mine by proxy – and we played Super Smash Bros. Ultimate together. My mom and my best friend’s mom found a chocolate and vanilla cake at Publix that was shaped like a set of textbooks and, after changing the spine of one of the books to read “science” rather than “history”, brought it home and showed it off. It was a very tasty cake, and I ate sections of it periodically throughout the following week.

I feel ambivalent about graduating. Having more freedom is an exciting prospect, but I am a bit nervous about college – the academics are well and good, but it’s also quite expensive and will require me to adjust my lifestyle considerably. I am a bit more comfortable with college after having gone to the Freshman Orientation for George Mason, but that is another story for another time. For now, thanks for reading, Internet, and I’ll be seeing ya’!

Cole is our young adult monthly contributor. He is an incredible asset to all of us. He graduated from an IT program in Henrico County, headed to college, has Asperger’s and is also an animal whisperer.