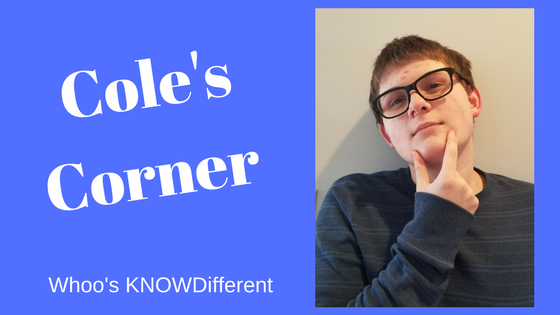 Hello, Internet! Cole here. I watched a performance of the play “Into the Woods” at Godwin High School on the 11th of this month. Now, this performance was interesting for me because its original script spawned a live-action movie of the same name, and I had already watched that rendition before seeing this one. I did compare the two a bit in my head, but I will discuss this play on its own merits as best I can.

The main plot consists of a baker and his wife attempting to lift a witch’s curse of infertility so that they can have a child. To do so, they must find four different items: a “cape as red as blood”, a “cow as white as milk”, some “hair as yellow as corn”, and a “slipper as pure as gold”. These items are related to four concurrent fairytales: “Little Red Riding Hood”, “Jack and the Beanstalk”, “Rapunzel”, and “Cinderella”, respectively. The fairytales, though intertwined, are resolved with the same happy endings as their regular modern-day counterparts, and the baker and his wife have their child. And they all live happily ever after… until the second act, which I cannot describe without spoiling.

This performance’s set design stood out to me most out of all its attributes. In front of the curtain are three large books – “Cinderella”, “Into the Woods”, and “Jack and the Beanstalk” – that, when opened, reveal the interiors of the homes of their respective protagonists. When the introductory scene ends, the books are pushed aside, and the curtain opens to reveal the eponymous woods. In the backstage of these woods is an extremely innovative set piece: a huge staircase leading to a tower. The tops of the steps are painted like giant books, with vines hanging underneath them. Besides its obvious role as a walkway for the characters, the piece also has two entrances into the area beneath it – one in the form of a book, spine face-up, with an opening between its split pages, and the other in the form of a trapdoor on the second step. It is a very versatile, ingenious piece.

The costume design, while not quite as innovative as the set design, was also very well-done. One costume that stood out to me was that of the Wolf. The actor wore a pointed black leather cap with a knob on the end, like the top of a wolf’s head, and had makeup on resembling facial hair. Another design I found interesting was that of Snow White – despite her being a very minor character, the costume designers somehow got her a costume that looked exactly like her appearance in Disney’s animated film. Overall, almost all the costumes were visually interesting in some way – even the more common attire was well-kept and relatively complex.

The acting was okay. Most of the actors were consistently good, but there were too many tonal errors for me to ignore. Specifically, I felt that the witch’s actor sometimes sounded a bit too silly for her character, and the singing wasn’t always on-key. Of course, most of the actors were high-school students, so I couldn’t really have expected complete excellence on their part. Nevertheless, it is what it is.

There were a lot of props in this play – loaves of bread in a basket, a golden egg, a golden harp, Rapunzel’s hair, the witch’s wand, etc. They mostly looked genuine – I noticed that the bread in Riding Hood’s basket was a bit shiny, but the golden egg was so well-painted that even in my front-row seat I almost fancied it real. One thing I found strange, though, was that there were no physical props to represent the magic beans – the actors just pretended that they were there. Maybe they just didn’t want to lose such small props, or they just figured they would be too small to matter to most of the audience.

Overall, I’ll give this performance a 7.5 out of 10. It was a good play – probably one step above the quality of the average high school play – but it had its share of problems, and it didn’t hold my interest quite as much as some other plays I’ve seen. I’m glad I saw it, but I’m not sure I’d want to see it again. Thanks for reading, Internet, and I’ll be seeing ya’!