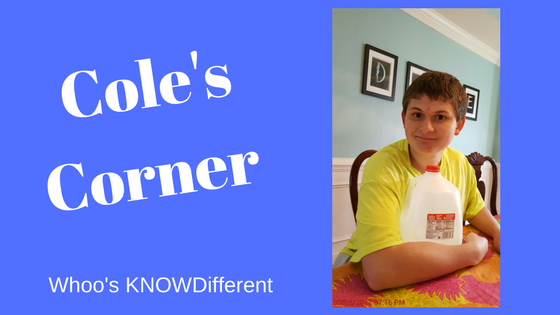 Hello, Internet! Cole here. The wonderful Christmas season has finally come and gone once again, and we’re all just picking up the pieces now, making what happy memories we can to keep our hearts warm through the biting physical and spiritual cold of January. I’ll do my part to spread the little cheer that remains by describing my own memories of Christmas vacation. This year, I celebrated Christmas by visiting my grandparents in Illinois. This type of vacation is not an uncommon event for me – in fact, it’s been a tradition for some time in our family to visit our grandparents each Christmas season. Nevertheless, a number of elements and events were out-of-the-ordinary this year, enough so that I consider this particular vacation worth writing about.

I experienced one such difference before we even reached our destination. The car trip from our house to Illinois takes fourteen hours, so we normally stop at one of various hotels in Kentucky for the night. This time, however, we took a route that landed us in a hotel in Ohio. This deviation, of course, had practically no bearing on our vacation experience. I just found it interesting.

A more significant event occurred on the day we arrived in Illinois. My Uncle P. – not a blood relative, just my father’s childhood friend – invited Dad and me to a coffee shop in Geneva (the Illinois town, not the place in Switzerland). I don’t drink coffee as a personal choice, so I got blackberry gelato instead. As I ate I tried to follow along with Dad’s and P.’s conversation, but they kept talking about car models and other things I wasn’t really interested in. Ultimately, I gave up and tried to search for a book, but only managed to find some old Trivial Pursuit cards. I used these cards to quiz the two about various subjects, thus injecting myself into the conversation.

The next day, my family and I went to a party at my Uncle J.’s and Aunt K.’s house. For lunch/dinner, they served salad, bowtie pasta and pasta shells. I was fine with the former two items, but the latter item was large, squishy and difficult to cut up, so I kind of gave up on it. The dessert, however, was fantastic. There were three items – homemade Rice Crispies, apple cake, and Hoho cake with a chocolate semi-crunchy crust. My cousin C. was also there, and we played Super Smash Bros. Ultimate. Near the end of the party, the children of the hosts started making snowflakes and other things out of paper. I followed suit, making a slightly decent paper airplane.

The day after that, we visited my Aunt M. – also not a blood relation, just a friend of my mother’s – at a local pub called the Cottage. My mother had a lot to say to her, but I didn’t know what to talk about, so I mainly looked at the pub’s various decorations. Afterwards, Aunt M. took us to her childhood home, which, though uninhabited at that point, was filled with her old possessions. There, we parted ways with her, and my parents drove around the old neighborhood and told me about their own childhood experiences. Apparently, they hadn’t even known each other growing up despite living in the same town.

Twice during the vacation, we visited my grandmother in her rehabilitation facility. To date, she had suffered two strokes and several “mini-strokes”; however, she was still very much like her old self. It was rather difficult to make conversation with her, though, in part due to her stunted speech and in part due to a lack of things to say to her. At one point I tried to sing her a Christmas carol, but I forgot the lyrics and ended up having to rely on Mom to fill me in.

After visiting my Grandma, we went to Grandpa’s house. It felt a bit lonely without Grandma, but at least it had decent snacks. There wasn’t too much to do, either, so I spent most of my time there immersed in technology.

The last detail of importance was the fitness center in the hotel we stayed at on the way back. It had all the same things as a regular fitness center – a set of dumbbells, multiple treadmills, water coolers, etc. – but it was shaped differently. Whereas all the other fitness centers I’d visited were strictly rectangular in shape, this center had a protrusion in the middle of one of the wide walls, making it look like a square bracket. It also had a set of large windows that overlooked the city beneath the hotel. In fact, the hotel lobby itself was also a bit oddly-shaped, but I don’t know how to really describe it.

My parents don’t think this vacation was particularly memorable, but I disagree with that sentiment. It had a lot of the regular trappings of our annual vacations – meeting with family friends, visiting grandparents, etc. – but the details were switched around a bit, enough to make things interesting. All in all, it wasn’t quite the Christmas I was expecting, but it was worthwhile nonetheless. Thanks for reading, Internet, and I’ll be seeing ya’!

It wasn’t quite the Christmas I expected, but it was a wonderful experience anyway.
-We left for Illinois on the 20th of December.
It was a two-day trip, so we spent the night at a hotel in Ohio.
-Ty kept saying “On Friday no Hyatt Place”, expressing concern about us staying at that hotel.
We were not staying there this time, and we told him so; but he said it anyway.
-On the 21st we arrived at our destination.
-That evening Uncle Pat (no blood ties, just a friend of Dad’s) invited us to a coffee shop (I got blackberry gelato)
-The next day we visited my Grandma’s rehab center.
She had suffered from a stroke and was recovering steadily. We stayed awhile then left.
-We went to a party at my Uncle J’s house.
They had Hoho cake with a sugary, crunchy chocolate shell.
They also had pasta shells, but they were too squishy for me to cut up and eat properly.
-We visited my Aunt M at a pub called the Cottage.
-After Mom and M talked for a while, we left the cottage and visited her old house.
It was rather small and unkempt, being uninhabited.
There were old possessions strewn throughout, including a poster featuring her father.
-Then we drove around my parents’ old neighborhood.
Turns out that Mom, Dad, M. and P. all lived in the same place as kids. My parents didn’t even know each other back then!
r(They met through work.)
-We visited Grandpa’s house.
It was lonely without Grandma around, but it had some very good pretzels.
-I solved a few puzzles back at the hotel.
One of the puzzles seemed like it was missing a piece, but the piece was actually directly beneath the puzzle itself.
-The last hotel I stayed at had a really cool exercise room.
It had the same stuff as the others, but it had a different layout.
The other fitness centers had strictly rectangular layouts, but this one had a protrusion in the middle that had cabinets.
It also had a large set of windows overlooking the city beneath the hotel.