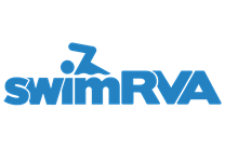 SwimRVA will host the 2019 TYR Pro Swim Series, after the Richmond region successfully won a bid to be one of the event’s six host cities.

On April 10-13, 400-600 of the world’s top swimmers including USA Swimming National Team members, Junior National Team members and top 50 world ranked swimmers will compete in the meet, held at SwimRVA’s Chesterfield County facility. The TYR Pro Swim Series have proved to be an excellent training ground for Olympians and Olympic hopefuls. Olympian Katie Ledecky broke a world record in the 1500m freestyle at one of the meets in Indianapolis this year. Previous TYR Pro Swim Series events have featured athletes such as Nathan Adrian and Ryan Murphy.

“We are thrilled to be heading to Richmond in April [2019] for the TYR Pro Swim Series,” said USA Swimming Chief Operating Officer Mike Unger. “Our goal was to engage and showcase leading swimming communities around the country, and SwimRVA and Richmond stepped forward to provide a world-class opportunity for top athletes. This event will no doubt be an important stop on the calendar for many athletes in their preparation for the upcoming World Championships in July [2019].”

The TYR Pro Swim Series is a four-day long course event that consists of six stops across the country from January through November. The competition is televised on NBC Sports Network, the Olympic Channel and live streamed at usaswimming.org.

“We are honored to host the TYR Pro Swim Series at SwimRVA’s facility,” said Adam Kennedy, Executive Director at SwimRVA. “This is one of the highest profile swimming events in the world with some of the most decorated Olympians. This international competition will not only elevate our local swimming community, but Richmond as a whole. We can’t wait to welcome some of the nation’s best swimmers to our pools.”

SwimRVA’s center boasts a state-of-the-art indoor aquatics center. The competition pool is no stranger to world class swimming as it was previously used in Omaha, Nebraska for the 2008 U.S. Olympic trials. The nonprofit works to provide quality aquatic programs to children in the Richmond area. Any money SwimRVA earns because of the TYR Pro Series will be used to further its mission to teach the region to swim.

Richmond was selected through a competitive RFP bidding process that included submissions from communities across the country. Chesterfield County will also be home to another high-profile swimming event in two years, as SwimRVA plays host to the 2020 U.S. Masters Swimming Summer National Championship August 13-16, 2020.

Tickets for the competition will go on sale in November and will be available at http://swimrichmond.org/.