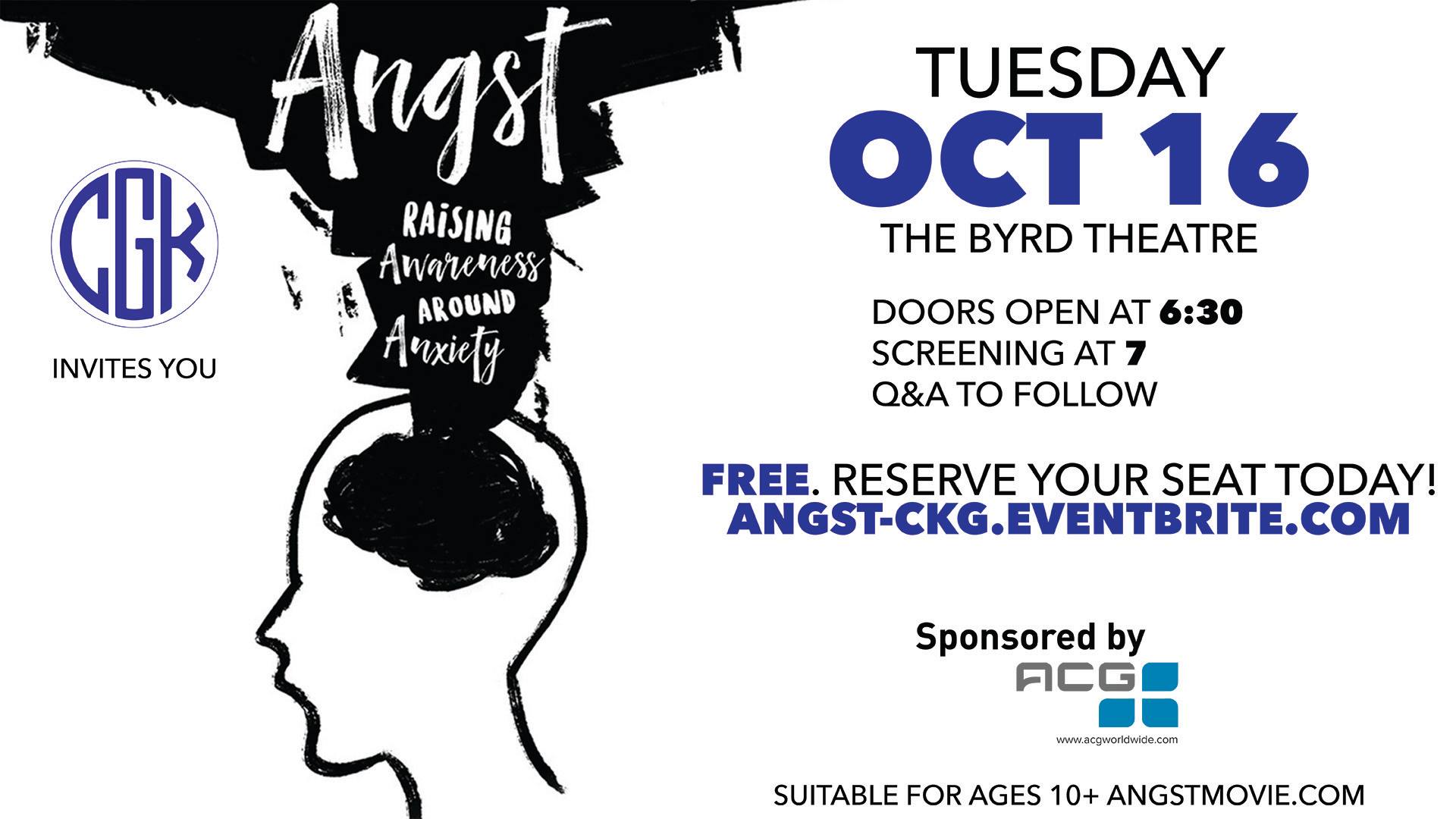 The Cameron K. Gallagher Foundation invites you to special film screening of this documentary to open up a dialogue between local families, community leaders, and experts. The event will feature the 43 minute documentary followed by an informative panel discussion led by Grace Gallagher, Executive Director of the CKG Foundation and child psychologists.

This event is free, but reserve your seat here.

Producers Scilla Andreen and Karin Gornick have one goal: to start a global conversation and raise awareness around anxiety. Through candid interviews, they utilize the power of film to tell the stories of many kids and teens who discuss their anxiety and its impacts on their lives and relationships, as well as how they’ve found solutions and hope.

While “Angst” documents the struggles some people have with anxiety, it also reveals their hope for the future. Noah, a teenager in the film, describes it this way: “Anxiety doesn’t define me. It’s not just a curse; it also gives me strength.”

To learn more or to see a a film clip, visit http://www.angstmovie.com. Film is suitable for ages 10+.