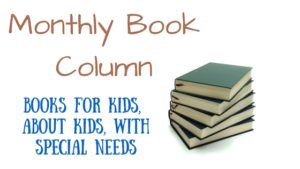 Goose’s Story by Cari Best
When a girl and her dog greet the geese as they return in the spring, she discovers one of the geese is missing a foot. The other geese shun the injured goose at first, and the girl’s parents warn her not to interfere. But the girl feels compelled to watch out for her. One day the goose is gone. After worrying all winter, the girl and her dog discover the goose with one foot has returned … with her new mate.

Featherless/Desplumado by Juan Felipe Herrera
Tomasito, has spina bifida and uses a wheelchair. He is having trouble adjusting to his new school. To try to cheer him up, his father brings him a featherless bird as a pet. Tomasito wants nothing to do with Desplumado, until Tomasito finds a place on the soccer team and discovers there’s more than one way to fly.

Susan Laughs by Jean Willis
This Simple rhyming text shows the many things that Susan does. On the last page we see her wheelchair.

Dan and Diesel
Hudson, Charlotte
In this book, not until the end do you learn that that Dan is blind and that Diesel is his guide dog.

Looking after Louis
Ely, Lesley
Louis is ‘not quite like’ the other children. He often stares into space, and when he is spoken to, he repeats what has been said to him. Louis has an Autistic Spectrum Disorder, and the other children in his class work hard to understand him.