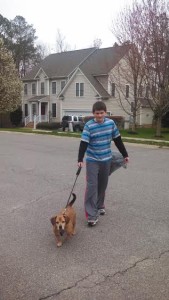 August 2016: Spamalot
Hello, Internet! Cole here. Last month, Mom took me to Dogwood Dell to see a local performance of Eric Idle’s “Spamalot”. We spent the evening waiting in the hot, humid outdoor amphitheater for the show to begin. Finally, after about an hour or so of excited anticipation, a bubbly young lady took the stage and announced to the eager audience that the show was cancelled due to inclement weather; everyone was upset by this, but I suppose that the lightning bolts flashing through the clouds were a relatively good sign of approaching difficulties.
About a week later, the play was held a second time. This time, save for a short blackout in the middle of the second act, the play managed to run until the end.
In my opinion, the play was pretty good. I had a few issues with it, but at the end of the day it made up for them with its high-quality set design and notable acting. This sort of vague observation isn’t fitting for a review, though; therefore, I’ll be dissecting the production based on various theatrical merits.
Narrative/Humor
This play was Monty Python member Eric Idle’s theatrical adaptation of the iconic movie Monty Python and the Holy Grail; as such, most of the production’s storyline is lifted therefrom. The story revolves around King Arthur and his Knights of the Round Table searching for the Holy Grail. It tends to lose focus on this goal, gravitating towards the misadventures of the Knights and towards Arthur’s secondary quest to appease the Knights who say Ni by bringing them a Broadway production (meta-humor), but this is acceptable because, after all, the play is more focused on humor than on anything else. In the end, the Grail is ultimately found in the audience (more meta-humor), Lancelot is revealed to be gay and marries a prince whom he rescued in a prior scene, and Arthur marries the Lady of the Lake (whose role is emphasized significantly more in this production than in the preexisting movie.)
The narrative wasn’t my favorite part of the play. A lot of its jokes are pulled, in some form or another, from the original movie; this would be alright if you haven’t seen it or are very nostalgic, but otherwise it’s more or less the same jokes heard again, so they aren’t quite as potent. This play does have new material, though, such as the fish-slap dance in the introduction and “The Song That Goes like This.” This new material is relatively funny, but a lot of it revolves around pop culture references, which I don’t really like when they’re used primarily for comedy, and meta-humor, which is quite difficult to do properly; it’s easy to point out common tropes as they happen within the story, of course, but it’s tricky to joke about the medium in a unique and clever way. This play did it… fairly well, but it could have been done a bit better.
Performance
The actors did very well. Not only were their characters expressive and well-defined – Lancelot was a ham, King Arthur was commanding and lofty – but they also maintained foreign accents most of the time, which is no easy feat if one doesn’t naturally have a foreign accent. There were some slips, but for the most part even the louder characters managed to hold their accents. The musical segments were performed moderately well, too – they weren’t utterly exemplary, but they were fitting (except you, “Always Look on the Bright Side of Life.” You fit in Life of Brian, but you were a stretch here.).
Stage Design/Production Value
The stage was not as good as the one for Peter and the Starcatchers, but it was good in its own right. It was shaped like the interior (or exterior, perhaps?) of a castle, which was fitting because of the many scenes set near castles. There were also prop trees that were moved in for certain scenes to make a “very expensive forest”. The actors all had lovingly designed costumes – King Arthur and his Knights were dressed in well-made prop armor, and the Lady of the Lake wore a bright teal gown that glittered in the lights of the stage. The technical aspect of the play had problems, though. Aside from the aforementioned blackout – which couldn’t be said to be the troupe’s fault – there were some problems with the microphones; sometimes they would seemingly shut off temporarily, leaving the actors temporarily inaudible. Despite these issues, however, the actors still performed as normal, which is not an easy thing to do.
Final Conclusion:
I give this play an 8.8 out of 10. It was very good in terms of production value, acting and persistence, but flaws such as uncomfortable cultural references and foggy narrative prevent it from truly resonating with me. I didn’t enjoy it as much as I thought I would have, but I can recognize it as a good play that has had a lot of effort put into it, and for that I can respect it. Thanks for reading, Internet, and I’ll be seeing you! 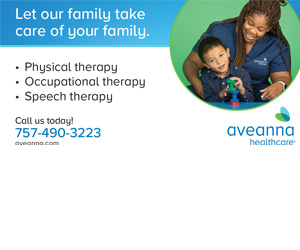