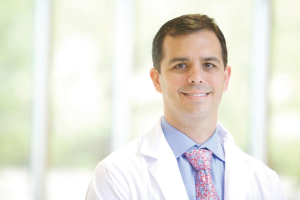 Probiotics have been around for hundreds of years, in the form of live culture yogurt. They are typically regarded as “good bacteria.” With the recent desire to reduce medication exposure in children and increase natural therapy, the number of products with probiotics now available to parents is overwhelming, with multiple products available in stores and literally thousands of individual products now available on-line.

Probiotics are living microscopic organisms, bacteria or yeast, which may have a health benefit. In a typical child’s colon, which is the end of the intestine, there are trillions of bacteria that co-exist with the person. Generally, these bacteria promote health by improving absorption of some fats and vitamins. By inhabiting the space within the colon, these “good” bacteria prevent bad bacteria from being able to cause an infection and disease.

The most common probiotic bacteria are Lactobacillus or Bifidobacterium. Within each group, there are multiple species or strains. This large number of available strains and potential combinations is part of the reason for the large number of products currently available to consumers.

Probiotics are most often used to “promote” digestive health. However, relatively few studies have conclusively found a specific health benefit for a specific type of probiotic. For this reason, it is important to understand the specific indications for probiotic use. Below are four potential uses for probiotics.

Irritable bowel syndrome (IBS) is a disorder of movement in the intestine, with symptoms of diarrhea, constipation or alternating constipation with diarrhea. These symptoms can be associated with a cramping pain after meals. IBS is not caused by any intestinal injury, such as ulcers. Some strains of Lactobacillus and Bifidobacterium have been shown to improve IBS symptoms, although there is little consensus among health care providers on the specific strain that is best.

Inflammatory bowel disease (IBD) is caused by a focus intestinal inflammation, such as ulcers in the small intestine and colon. IBD is caused by a dysregulation in the immune system. Symptoms include abdominal pain, diarrhea, blood in stools, and weight loss. New research demonstrates that “bad” bacteria may have a role in casuing IBD. One probiotic, VSL#3, which contains three strains of Bifidobacterium, four strains of Lactobacillus and a strain of Streptococcus, has been shown to improve Ulcerative symptoms in IBD patients. This probiotic can be used as an adjunct to standard IBD therapy.

Infectious diarrhea in children is typically caused by viral illness, such as rotavirus. Strains of Lactobacillus,and astrain of the yeast Saccharomyces, which isin the commercial productFlorastor, may help shorten the course of infectious diarrhea.

Infant colic is a source of frustration for parents and pediatricians alike. One Strain of Lactobacillus found in the product Gerber Sooth Colic Drops Probiotic has been shown to reduce infant crying associated with colic when given to infants regularly for the first few months of life.

In general, most probiotics are felt to be safe, as evident in our long history of ingesting cultured yogurt. It is not known if they are safe for people with low immune systems, such as people on chemotherapy for cancer.

It is important to remember that that breast milk does stimulate the growth of “good” organisms, which can be important for development of a healthy digestive and immune system. This is one reason why pediatricians encourage mothers to breastfeed.

In general, you should consult with your pediatrician about the potential health benefits of probiotic therapy for your child. Probiotics are generally used as adjunct therapy in treating specific diseases such as Ulcerative colitis, a form of IBD. And remember, that probiotics are live bacteria, and heat will inactive and kill the bacteria. They should be taken either cold or room temperature if mixed into a food or beverage. Proper storage is also important. Some probiotic preparations require refrigeration, so check with the manufactures label prior to storage.