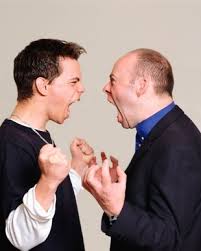 The majority of boys suffering with ADHD have awful relationships with their fathers. “Suffering” meaning the boys can’t get a hold of their own impulsivity, their distractibility, their erratic behavior, and the worst part is that their self-esteem is very low. “Majority” being over 50%.

The most important thing about boys is the relationship between a father and son. It’s inarguable. It’s futile to debate. Although I’m sure that there are rare occurrences when a boy does become an awful adult ‘menace to society’; who was raised by a genuinely loving father. But, I sincerely doubt it. (I’m not even getting into the rates of fatherless homes in America.) I want to create an awareness to the dads who are IN THEIR SON’S LIFE.

Now that that’s clear. Do you want to know how I know this?

In keeping track over the last few years, there is an honest to God connection. I’m not saying that ADHD is caused by bad parenting or un-loving dads. I AM SAYING that it’s made worse. Much worse. I have helped over a hundred patients get their lives back WITH their ADD/ADHD. Many of them males – tell me – with tears welling up in their eyes, tightly wrapping their arms around ME; crying for someone to believe in them again. Sobbing to become worthy again.

Generations ago, boys were raised in a circle of men. For good reason. Stories and skills were taught to bring up the boy into a well-functioning strong member of society. These boys became young men who were connected to their fathers and father figures. In the past, young men matured into respectable leaders in society; a far cry from the sitcom dads that are present today.  It’s becoming more apparent that the father has more to do with a boy’s self-esteem than any other family member.

If I just struck a chord, then I’m doing my job. It’s insidious. How in the world did we go from a strongly male led society to being the butt of jokes on sitcoms? Think about it, how did that stereotype even emerge? I’m sure that there are lots of reasons, but I don’t care. It simply needs to be faced, conquered and changed.

Anyone past puberty can be a father. Being a dad is completely different. Being a role model is the next level. ( I’ve made my own mistakes, yes, I’m not perfect, but I’m constantly striving to connect deeply and be an active positive force in my sons’ lives. )

Men, let’s get serious about connecting with our sons. Connecting in a way that they have a strong positive bond with you – based on respect, not material gifts, not obedience, not fear, but respect. Here’s your new ‘honeydew list’:

I know that there are a lot of religious organizations that profess to be helping with this; if that’s where you want to start, then go for it. Many times, that’s the first place males begin to realize that there is more to their role on this planet.

As a father, be aware that your relationship with your own Father impacts your behaviors and thoughts. You know it does. Acknowledge that relationship, build on the positive lessons learned, scrutinize the dysfunctional parts, and make any necessary changes that you need to for your own son. Just because “that’s the way my father did it” doesn’t mean it was correct or helpful.

Once you’ve swallowed that hard pill; we can move to the next part.

If you, the father, has ADD/ADHD, then you need to handle that as completely as possible. Your actions, words, and mental status is affecting your sons more than you could see from your unhealthy perspective. You are the man of your family. You can get back to where you belong as the leader and role model. I believe in you.

When is the last time you looked in your sons eyes with loving proud tears of joy that he is your amazing son, knowing that he has a clinical condition, not just bad behavior?

So, how do we propose we fix this issue? I’d love to hear your views in the comments below.