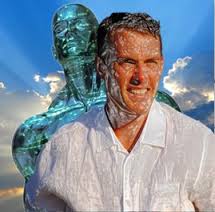 As ADHD becomes a hot topic in the real world and online, many people are beginning to discover that females and ADD is an often overlooked problem. The main reason that females and ADD isn’t front and center starts with one particular difference. Many doctors, psychologists, therapists and doctors are in agreement that the “H”, the hyperactivity component is absent majority of the time. It’s a double edged sword, for several reasons.

1. Girls with ADD, dont exhibit the same signs as boys; who are typically more hyper

2. Most research has been performed on males, specifically because the “H” component is so hard to deal with

3. Girls may seem like they are ‘behaving’, when in actuality, their brains aren’t even present, ‘daydreaming’…

5. Alcohol poisoning and addiction is now reaching into the young female demographic more than ever.. (trying to ‘fit in’ – self medicating from the often feelings of fear, shame, and guilt that people with ADD possess)

Many leading doctors and psychologists are lobbying for more research to be looked at with respect to females and ADD. Which makes a lot of sense, to me, due to the fact that they make majority of the family decisions. Many of the earlier studies focused on comparing girls to boys – using boys ADHD symptoms as the marker. (Nadeau)

Doctors who work with females with ADD often ask, “how is school for you?” and the girl answers, “great, i’m never there”…

Discovering what part of the female brain (with ADD) is functioning out of balance, then creating a safe alternative treatment plan can saves many people from a future of suffering and damaging relationships.